Sea Lion Splash is a unique show that will have crowds cheering and laughing. It's an educational show with a "splash." The sea lions will amaze the crowd as they balance balls, shoot hoops, dance, perform stunts, and show their pretty smiles! 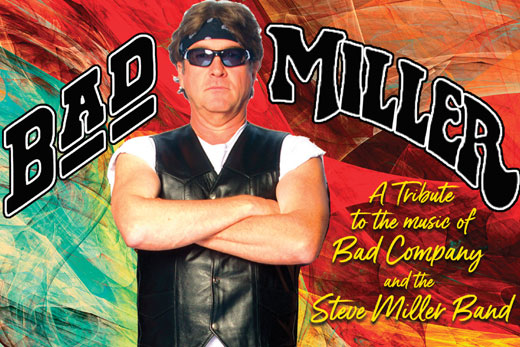 Two of the greatest classic rock bands of all time come together in this tribute, Bad Miller, Music of Bad Company & the Steve Miller Band. Come rock with us!

California's premier Heart Tribute Band inspired by 30 years of Rock & Roll from sisters Ann and Nancy Wilson. Heartless gives you the thrill of falling in love with the music of Heart all over again. 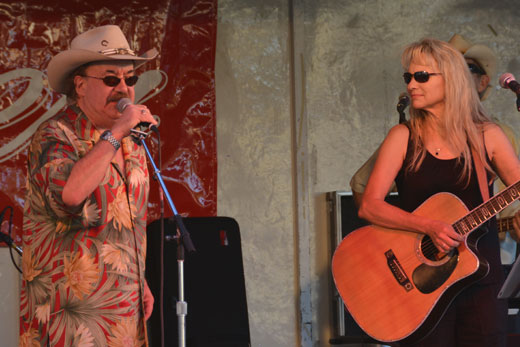 A number of local legends will take the Budweiser Stage on Sunday night, September 26 starting at 7:00pm. This gathering is a must-see for those who have grown up listening to these musicians play around town, and for those who have never had the pleasure—you’re in for a treat.

Chris is the definition of a modern-day stage hypnotist. His ability to improv shines through, as he never knows what direction his show will go next, keeping his audience begging for more. Since Chris customizes his shows depending on his subjects and audience, each show is unique. Watching him live causes you to laugh because you can tell he is often just as surprised as the audience. His shows are outstanding, fascinating, and beyond expectations— an unforgettable experience.

Since 1939, Johnny’s memory has been celebrated with a wheelbarrow race at the annual El Dorado County Fair in Placerville. In 1854, Studebaker was a well-known name in these parts. He came to the foothills seeking his fortune in gold, but made his fortune building wheelbarrows for the miners. The race involves maneuvering wheelbarrows loaded with sandbags over railroad trestles, through water and over steep hills to the finish line.  Open to both men and women, it’s not for the faint of heart.

Dancing, singing, laughter and tears are food for the soul. Nothing cooks them up like a good olde classic country song and Thee Olde Country has Grandma’s recipe! Part tribute revue, part variety show, all fun! The band carries on the generations olde tradition of spreading joy, and comforting life’s hard times through the healing ways of Honky Tonk music. Channeling those who came before them from Patsy to Dolly and Hank to Willie, Thee Olde Country brings to vibrant, colorful life, the narratives of their songs through a costume and shtick rich, character driven show.

Austin Morgan aka Austin Mo is a singer, songwriter and blues/rock guitar prodigy backed by incredibly talented musicians in a high energy band with influences from Hendrix to Zeppelin to Lenny Kravitz.

Dream and the Dreamer

New Orleans blues funk – High octane entertainers, jet fueled performers and above all, a professional blues show band who play to please. Their material is 100% guaranteed USDA fresh…mostly originals with some quirky stuff thrown in... They’re a kick ass, funky, get up and shake your love thang, boogie woogie blues machine!

The Beer Scouts are a San Francisco Bay Area power trio that defines raw rock and roll: guitar, bass, drums. They play blues and straight-ahead rock and roll influenced by artists such as the Beatles, Brownsville Station, Cheap Trick, the Smithereens, Grand Funk Railroad, Chuck Berry and even the Monkees! Their motto: “Will Rock for Beer!”

This versatile twelve-piece ensemble delivers the goods, industrial-strength funk with a healthy dose of classic and modern R&B, stellar vocals, a powerful horn line and an infectious groove that makes it impossible to sit still. So, get hip, Hipper than Hip!

The Deadlies are entirely new type of surf band, paying homage to the Ventures, Dick Dale and the Chantays as well as the California Honky-tonk sound of Buck Owens and Dwight Yoakam while keeping an under lying presence of the California surf punk scene that brought us the Dickies, Agent Orange, Green Day and Top Jimmy and the Rhythm Pigs.

With driving guitars this heartfelt brand of Rock, Outlaw Blues and Country Rock will get you up and out of your seat and onto the floor.

A 'One Man Band' that sounds like three musicians... performing an eclectic set of all the best hits including songs by Eric Clapton, Tom Petty, Nirvana, Allman Brothers, Led Zeppelin, The Beatles, Johnny Cash, Tom Jones, and more.

A blend of new and old country from early Merle Haggard days to current. California Country is a country band all the way.

Funky guitar rhythms, relentless grooves, and catchy horn lines provide the foundation for a soulful and dynamic musical experience. San Jose’s East Side Funk is an 8-piece band that fuses Jazz, Funk, Latin and R&B to create original, inspiring, and upbeat music. Led by composer Bobby Valderrama, this group, which features a dynamic 4-piece horn section, has performed at the San Jose Jazz Festival and Downtown Sunnyvale Jazz & Beyond and has released two albums “Love, Joy, and Groove” and “Better Tomorrows.”

FBI is a True Tribute to the Legends of Motown while paying homage to the Fathers of Funk. We do it in the way music from that genre was meant to be heard; from the heart. Touching and lifting your soul while invoking great memories! Come experience some of the most sophisticated, intoxicating and enduring music ever recorded including The Temptations, The Four Tops, Smokey Robinson & the Miracles, Diana Ross & The Supremes, Aretha, Etta James, Stevie Wonder, The Staple Singers, Marvin Gaye also Sly and the Family Stone, Tower of Power, WAR and more.

A fun, powerful rock ‘n’ roll musical variety show. Halie’s radio singles include “Everything about You,” “Night of Angels,” and “How Special You are.” Joining this show will be recording artist, Madical Barrett, a truly phenomenal writer/guitar player. This will be an intimate family-friendly, music and storytelling show.

Honey of the Heart

Honey of the Heart is an ambrosial mix of musical interpretations influenced by folk, soul, jazz and world-flamenco. Their style is described as Folk, Soul, World, Roots, fusion with rich harmonies, and powerful vocals. This versatile, inspiring duo weaves together soaring, rich vocals and melodies, haunting, epic, harmonies, contagious polyrhythms infused with deep, soulful, intimate presence, message and skill to sweeten the hearts of all who listen.

Frankie Soul Rodriquez has been playing music in the Northern California area for 30 years. He has appeared on stage opening shows for such noted acts as Tower of Power, Elvin Bishop, Bo Diddley, and many others.

Performing on "The Voice" became a reality for Jaclyn Lovey, a 19-year-old singer/songwriter from Placerville, California. Her future is bright, as she takes her experience on “The Voice” and grows her art to what local fans know will be wonderful — for Jaclyn, and for us.

Michelle Lambert is the kind of electric performer whose deep talent reveals itself in sly, knowing bursts. Whether it’s goosing the expectation of a breezy pop-country tune with a confident hip-hop-flavored flow, an aching desire slipping out from between the lyrics of a ballad, or the way Michelle dominates every inch of the stage before wielding her violin in classic rock goddess mode.

South 65 is a solid, country/rock, kickabilly band of seasoned musicians and longtime friends. They are a bit of an anomaly due to varying influences and experience, there is almost no song they don’t know or can’t play. They amaze audiences with their penchant for accepting song requests and wow crowds in the process. How many bands could handle a request to play an Alice in Chains tune and then an old Elvis song?

Fun for all ages. Class Categories: Streetable with 35 or smaller tires, unlimited UTVs and Trailer Skills Course
Rock Race: Timed event traveling a course designed to put both driver and rigs to the test by Jeepers Jamboree to simulate real obstacles that you would encounter on the world-famous Rubicon Trail. Winner will be determined by the fastest times in each category.
Trailer Skills Challenge: Timed event open to all categories, traveling a specially designed course to test the drivers ability to navigate a trailer over obstacles. Winner will be determined by the driver with the least load loss. Trailers will be provided by the RTF. Vehicles must have trailer hitch receiver.
Rubicon Trail Foundation – Enhancing the future health and use of the Rubicon Trail, while ensuring responsible motorized year-round trail access.